Ein el-Helweh is the biggest Palestinian refugee camp in Lebanon. Measuring just one square kilometre, it is home to as many as 70,000 people, including Palestinian refugees from Syria and smaller numbers of Syrian refugees and Lebanese nationals. Conditions at the camp are akin to an urban slum, with inadequate infrastructure and limited access to basic services. Since most residents are marginalized from Lebanese society and do not enjoy the same rights as Lebanese citizens – including the right to State-subsidized health care – they are becoming increasingly reliant on humanitarian aid. The United Nations Relief and Works Agency for Palestine Refugees in the Near East is the main provider of aid in the camp. 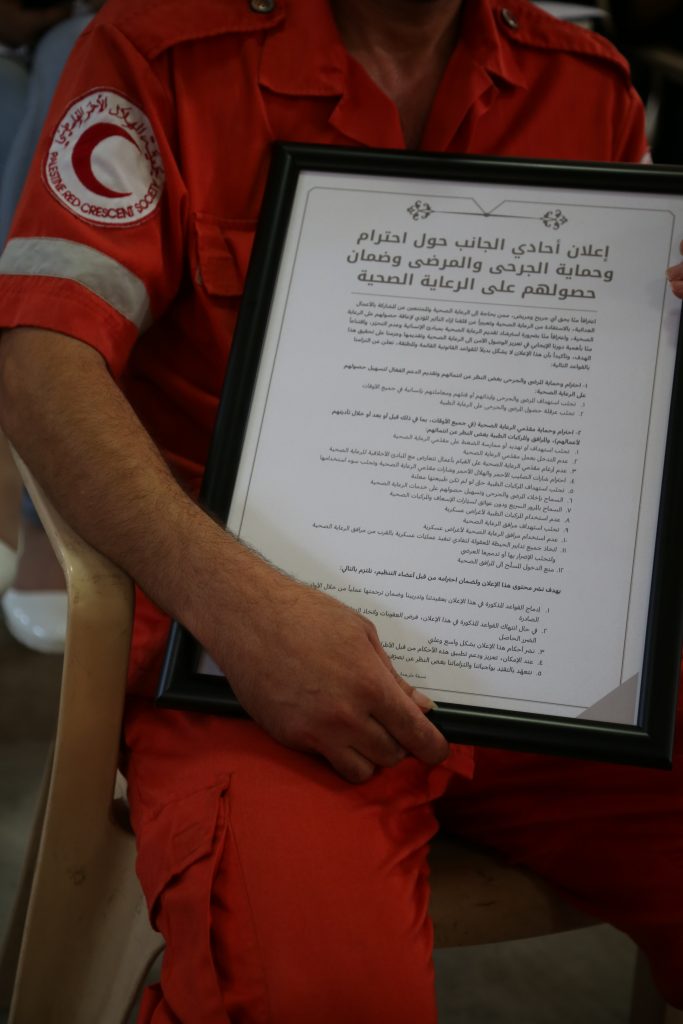 The Lebanese armed forces have set up four checkpoints around Ein el-Helweh and control all the entry and exit points. Inside the camp, security duties are shared between 15 or so Palestinian factions, each serving different interests and agendas. The carrying of weapons is widespread and people tend to settle their differences through armed violence, which can quickly escalate. Rocket-propelled grenades and heavy machine gunfire are common in the cramped, narrow confines of the camp. The clashes often cause damage to buildings, leave roads impassable and claim civilian casualties. In some cases, armed groups have even entered hospitals and clinics.

We have been working at Ein el-Helweh since 2014, engaging with non-State armed groups (NSAGs) to foster a culture of accountability and promote behaviour change among weapon bearers. Following a process of consultation, the armed groups agreed to sign a unilateral model declaration setting out their commitment to safeguard health-care provision and protect wounded and sick people in the camp.

CHANGING THE BEHAVIOUR OF WEAPON BEARERS THROUGH A UNILATERAL MODEL DECLARATION

UNDERSTANDING AND ADDRESSING THE ISSUES

The sad truth is that health workers at Ein el-Helweh face the same issues as their colleaguesoperating in other situations of violence, with weapon bearers targeting staff, ambulances and hospitals, and preventing sick and wounded people getting the care they need. We launched a multi-year, cross-department project to tackle the causes of the problem, engage with NSAGs and achieve a lasting solution to the violence. The project, which was largely inspired by the ICRC guidelines on safeguarding the provision of health care, was divided into three phases:

Now that I’ve had some training,I understand what first aiders go through during armed clashes and why safe access is so important.

When armed violence erupted at the camp, weapon bearers were acting as de facto first aiders – despite lacking the requisite training and equipment – because it was unsafe for emergency services to try to reach sick and wounded people.

In our initial conversations, all the armed group leaders we met said they were willing to engage further with our HCiD activities at the camp, mentioning that rival factions were failing to allow people to access health-care services safely. They also asked us to provide first-aid training to their armed men.

After approaching several NSAGs, we held the first round of first-aid training and HCiD consultations in March 2014. Each session began with a general overview of the ICRC, our mandate and principles, and our work in Lebanon. After two days of hands-on first-aid work, we talked to se­nior members about HCiD-related issues. This approach made it easier to hold an open discussion about safeguarding health care, since the weapon bearers trusted us, understood our organization and were more willing to talk after completing two days of training.

At the consultation sessions, we asked members of armed groups for their views on HCiD issues from two angles: as patients and as weapon bearers. Our focus was very much on listening to their needs, concerns and recommendations, as opposed to talking to them about international humanitarian law or HCiD principles. As a result, they were comfortable enough to share their perceptions freely and openly without feeling judged.

The key takeaways from this consultation exercise are summarized below.

What are the main obstacles you face when seeking health care?

What do you think could be done to remedy the problem?

Having completed the consultation process, developed a shared understanding and identified ways forward, we drafted a unilateral model declaration with the support of ICRC legal and protection staff in Geneva. The document, which signatory NSAGs were expected to share with their members, contains a set of principles and measures for safeguarding impartial health-care delivery.

We held meetings with armed group leaders where we presented the outcomes of the consultation process (including recommendations made by their members) and shared the draft declaration for comment and approval. We also shared the document with religious and political leaders, as well as with health-care providers operating at the camp and the wider community of concern, in an effort to build a broad consensus. (see box).

In July 2018, we organized a ceremony inside the camp where all 15 of the main factions signed the declaration (see photo in text box) and publicly pledged to abide by its terms and principles. At the event, which marked the start of phase three of the project, we also held a session on law enforcement operations and the use of weapons in the densely populated camp.

The priorities of this third phase were twofold. First, we wanted to encourage NSAG leaders to share the declaration with their subordinates (the very people whose input informed its contents). And second, we needed to work with health workers affected by the fighting to make sure armed groups abided by the agreed terms. For instance, many weapon bearers from Ein el-Helweh took part in clashes in Mieh Mieh refugee camp in October and November 2018. We raised reported HCiD incidents with the alleged perpetrators where possible, as part of our ongoing dialogue with NSAGs.

There is broad agreement that the declaration has made a real difference on the ground. In March 2019, for instance, a wounded weapon bearer was treated at one of the camp’s hospitals without interference from the faction controlling the area. This incident, which is held up by all sides as an example of the declaration’s positive impact, should be followed by others as the gradual shift in behaviour takes hold. 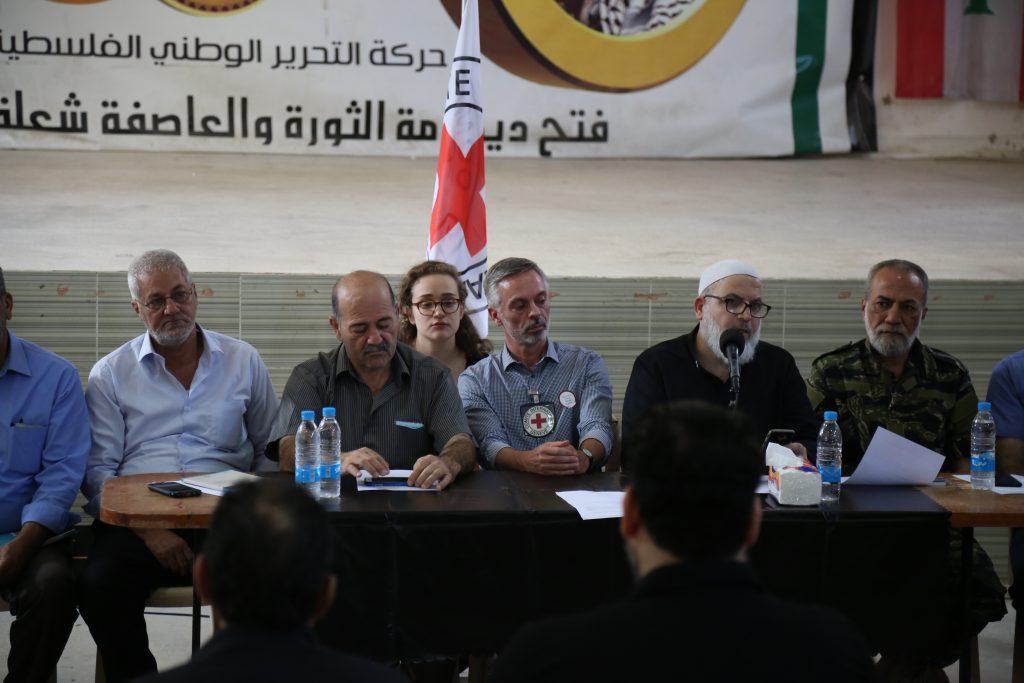