When medical staff, whose work is to save lives, are being attacked, stigmatized or harassed, you have to wonder, has the world turned upside down?

Despite the COVID-19 pandemic, there were more than 600 such incidents in 40 countries around the world between 1 February and 31 July 2020.

In Colombia alone, we recorded 242 incidents between January and September 2020, a surge of 150% compared with the same period in 2019. Around 40% of the incidents were linked to the COVID-19 pandemic; the other occurrences of violence against health care were either related to the armed conflict or communal violence. Family members, patients or members of the community were at the origin of 52% of the incidents.

The unprecedented level of attacks on health workers is causing communities to have major problems accessing health care, and this is of particular concern to the ICRC in conflict-affected areas

“The unprecedented level of attacks on health workers is causing communities to have major problems accessing health care, and this is of particular concern to the ICRC in conflict-affected areas,” said Dr José Antonio Bastos, ICRC health coordinator.

Faced with this worrying reality, and given the importance of the safe delivery of health care, the ICRC developed a wide-ranging, multimedia campaign calling for respect for health-care workers and facilities.

The idea came out of conversations taking place at the Mesa Nacional de la Mision Medica (National Round Table on the Safe Delivery of Health Care), whose members include not only the ICRC but also the Colombian Red Cross and the Colombian health ministry. It was set up several years ago to enhance protection of health-care services in Colombia, in particular in the context of the armed conflict. The body also identified the need to address the surge in incidents connected to the COVID‑19 pandemic. 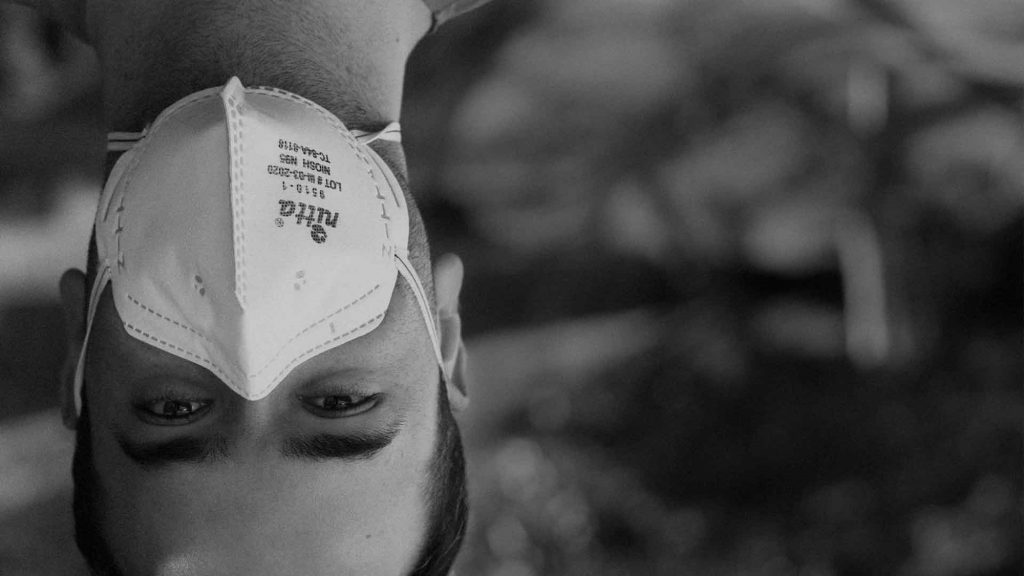 “We partnered with an external agency on the visual content of the campaign. It was tasked with coming up with an idea that would immediately attract the attention of viewers and have a relatively easy-to-implement call to action to boost audience engagement. The resulting upside down image really hit the mark.”

Another strong component of the campaign is the extensive partnership with Colombian media outlets (press, TV, radio, digital) to amplify the message. The media were asked directly to put their title logo upside down to show their commitment to protecting health care. During this first phase of the campaign, influencers have also been involved in supporting the campaign.

“We are working hand in hand with the agency and especially the Colombian Red Cross to identify the influencers willing to engage with the campaign. Of course, we avoid the tobacco, alcohol and arms manufacturing industries so that the campaign doesn’t have any conflict of interest with the health-care sector,”  explained Mateo Jaramillo Ortega, ICRC communication coordinator. 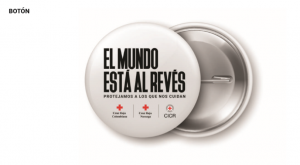 A non-digital version of the campaign was set up in parallel, producing posters, badges, notepads, etc. that will reach people who do not primarily use digital devices.

HOW TO JOIN THE CAMPAIGN: 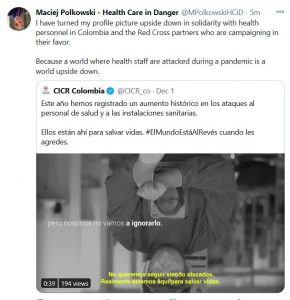 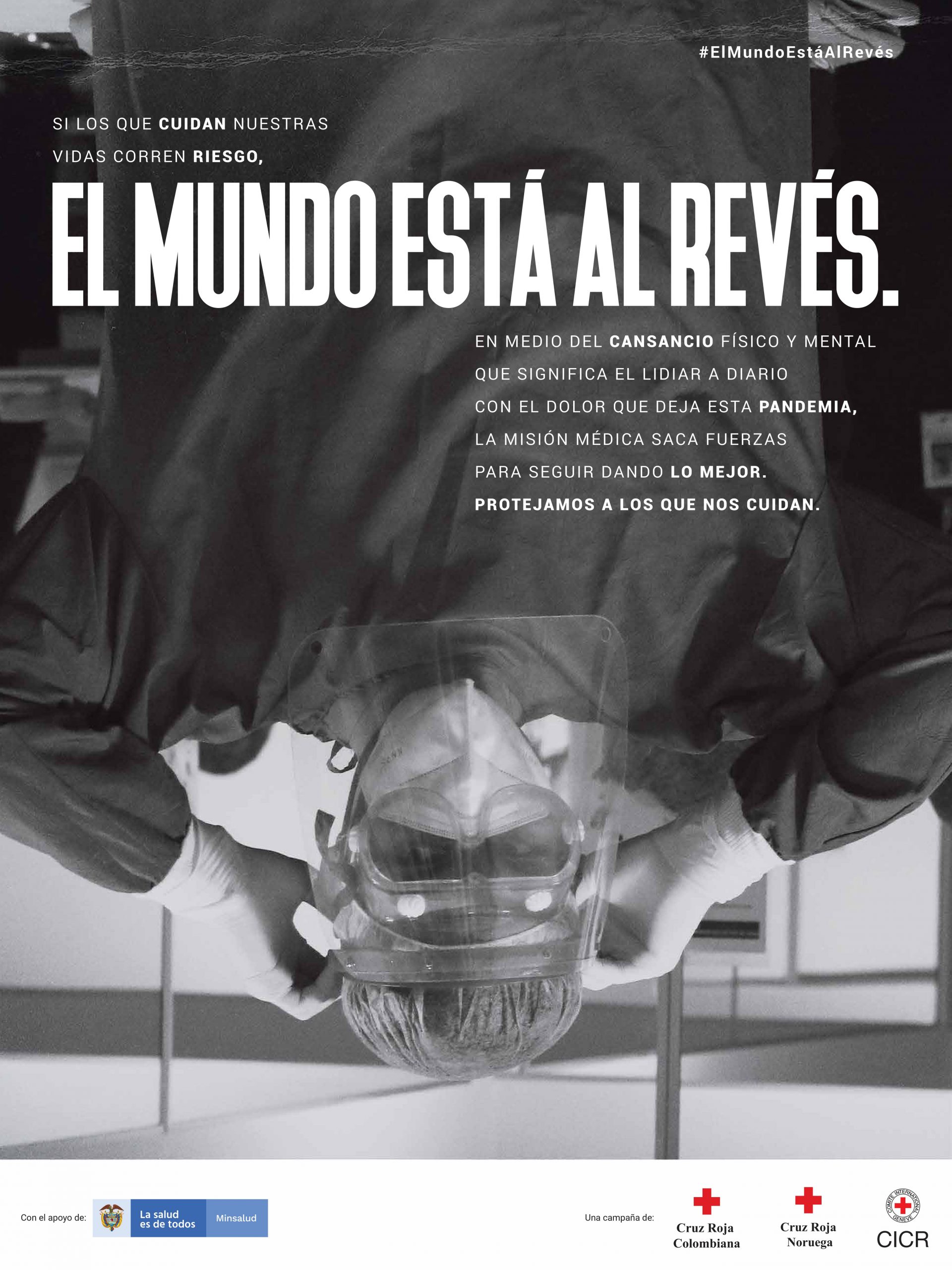 So far, the campaign has been well received, in particular thanks to the Colombian Red Cross’s work to raise awareness, as can be seen in the metrics here: 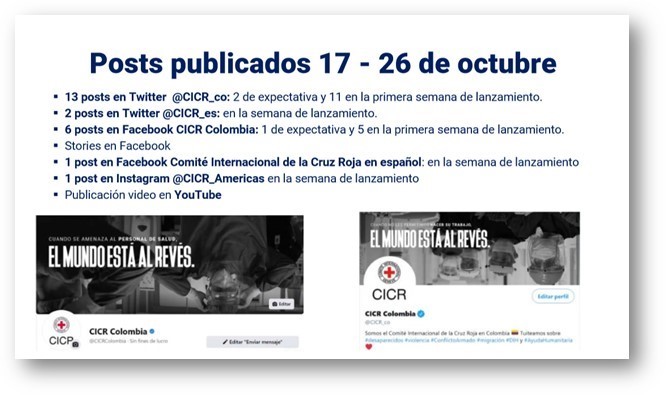